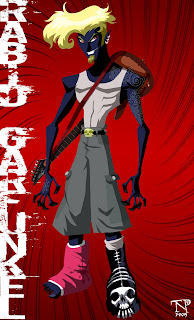 A little birthday scribble for a friend of mine up Portland way....
Posted by Thomas Perkins at 10:29 AM 2 comments: 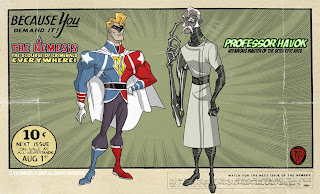 Another of my projects percolating.....
Posted by Thomas Perkins at 1:35 AM 2 comments: 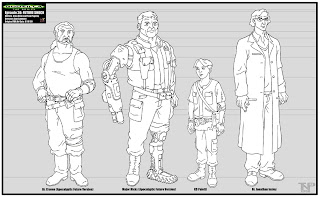 Here is a bit of incidental work I did for the Sony Animation series "Godzilla the Series" based on the 1998 Sony / Columbia TriStar live action film with Matthew Broderick.

In this episode, entitled "Future Shock" our heroes are thrown into a post apocalyptic future were the earth is overridden by an unstoppable monster horde, The Dragmas.

To see and learn more about the series go visit The Ultimate Guide to GODZILLA: THE SERIES ( http://www.scifijapan.com/articles/2006/03/28/godzilla-the-series/ ).
Posted by Thomas Perkins at 3:29 AM No comments:

Folks at the park....
Posted by Thomas Perkins at 8:45 AM No comments:

DE KAPITEIN VAN HET SPOOK - SKULDA MAN T-Shirts are out and about for those interested. 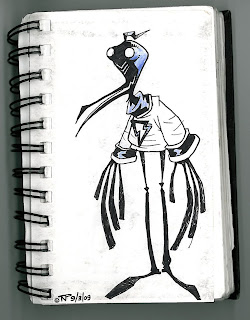