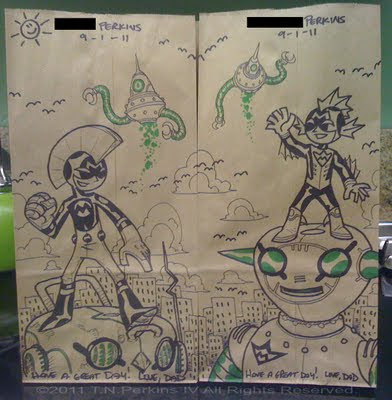 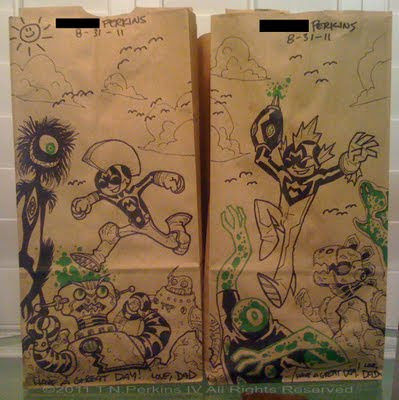 Ah, my friends, it's that time again... School has returned. With this, The Lunch Bag Blog Is also back in Session. 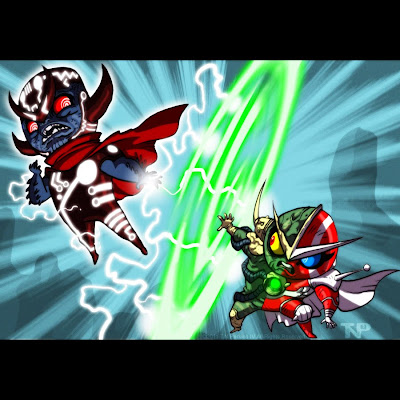 ©2011 T.N.Perkins IV All Rights Reserved.
Posted by Thomas Perkins at 1:17 AM No comments: 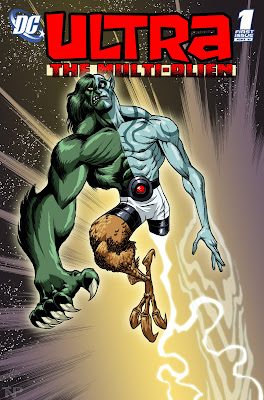 Recently I was asked by my buddy, The Amazing Calamity Jon Morris, if I would like to take part in his grand project The DC Fifty-Too! ( http://dcfifty-too.blogspot.com/ ) For my part in that I chose to draw an old time favorite of mine, Ultra the Multi-Alien.

Jon Describes thew project thusly:
"What is DC FIFTY-TOO?
As you've probably heard, DC Comics is less than two weeks away from relaunching their entire line of superhero comics, fifty-two all new titles starting (or starting over) at the first issue. Most of their characters are getting new looks, some are getting streamlined or updated histories, and some older and more obscure characters are getting a turn in the spotlight.

I contacted a plethora of very talented - and very different - cartoonists with a simple challenge: If DC approached you and offered you any DC property - past or present - of your choice to be your own new ongoing part of the DC Universe, what would the cover to the first issue look like?

Fifty-two artists (and then some) responded, and that brings us here - DC FIFTY-TOO, The New DC Universe as imagined by fifty-two independent cartoonists. Starting on August 15th and running up through August 31st - the day the New DC Universe launches - this blog will unveil four new covers every weekday for DC Comics that never were but probably ought to have been! "

I urge you all to go over and rake a peek.

PS- Ultra the Multi-Alien was created in 1965 by Dave Wood and Lee Elias and first appearing in Mystery in Space #103 .
http://en.wikipedia.org/wiki/Ultra_the_Multi-Alien 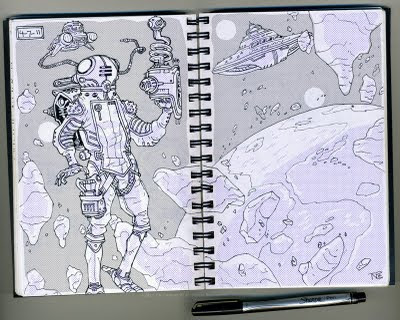 Just a random lunchtime sketch from a bit ago. 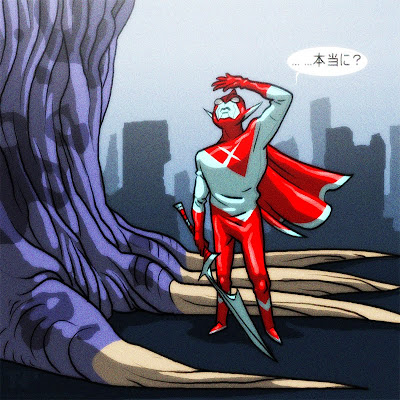 Every so often Life gets a little bigger than you can handle….Steady on , then.

For this and other fine images from my illustrious compatriots at BRISTOLWHIP, take a gander over here: http://bristolwhip.blogspot.com

©2011 T.N.PERKINS IV All Rights Reserved.
Posted by Thomas Perkins at 2:18 AM No comments: 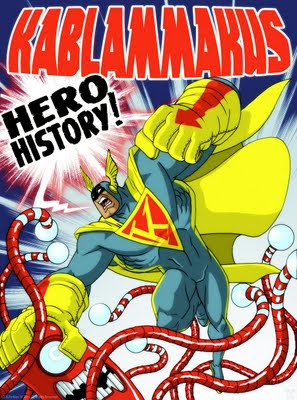 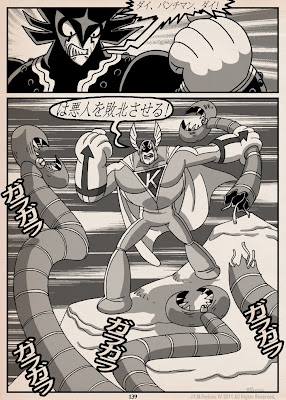 Of late, I have been collaborating with those great fellows of at majorspoilers.com on something I think is a lot of fun. Here are a few teaser images. If you have a moment and a deep love of comics and comic book history, I urge you to stop by their site and take a look at the new article they posted last night: HERO HISTORY: KABLAMMAKUS! which can be found at: http://www.majorspoilers.com/hero-history-kablammakus#comment-297492

Let me and the fine folks at Major Spoilers know what you think.